Before the typhoon, talking to the Chinese teachers who live below us:

Me: Nina, what if your room floods?

Me: we’re going to the market to get flashlights in case the power goes out

Jonna: no need, I’ve been through many typhoons and the power has never gone out.

The first floor (where Nina’s room is) floods knee deep, AND the power goes out, taking the WiFi with it. Smh.

Local time is 11am on Monday and outside is calm, cloudy, and a little rainy and windy; the only evidence that a storm passed through here this weekend is all the leaves and fallen branches in the street. 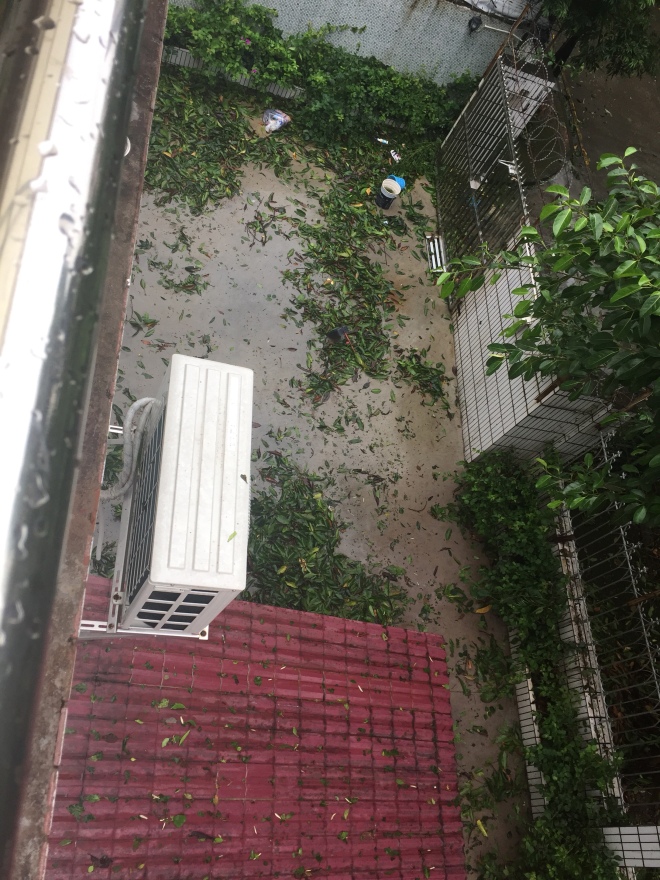 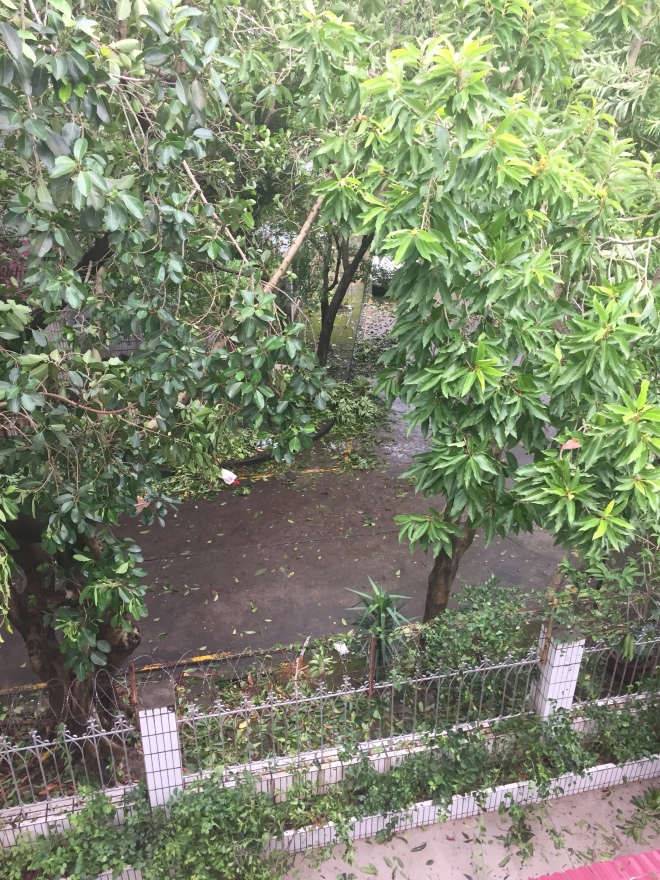 Well, that, and the insane heat that we’re all dying of thanks to the A/C going out with the power.

Somewhere in the not-too-distant distance, a rooster caws, just like he has been since SIX IN THE MORNING.

We live on the third floor of a house which sucks when heat rises and we have to climb up all the stairs while we’re all already dripping with sweat, but is pretty nice when all our stuff doesn’t get ruined by typhoon flooding.

Also I just hit myself in the face trying to fan myself with a plastic slate, so that’s probably the most dangerous part of this storm for me.

Our living quarters are pretty cramped, so we all kinda hung out on our beds for the weekend, which wasn’t the /most/ fun I’ve ever had, but it’s pretty close.

On Saturday night we asked Alice to order pizza for us (like call and order because we don’t speak Chinese), (don’t worry the storm hadn’t started yet) and instead they went to Pizza Hut for us and got us a stuffed crust pineapple pizza and you know what??? It didn’t suck. But the cost was equal to more US dollars than I would typically spend on a pizza. Oh the sacrifices. But it was an excellent pre-typhoon meal.

Before the storm, I had to call and talk to the ILP office about a bunch of precautionary things and something they said was to stay away from windows.

Uhhh…there is not a possible way we could have stayed away from windows. In our rooms? Giant windows. Bathroom? Windows. In the hallway? Sliding glass door. The landing between the first and second floor? Giant old window that won’t even close.

Then I went down to see Alice and Jonna and they were just chillin with their windows open during the whole storm, like no big deal.

These people have too much chill during typhoons.

Last night when the power was out, we lit some candles and played some card games. We joked that it looked like a sacrificing ritual. 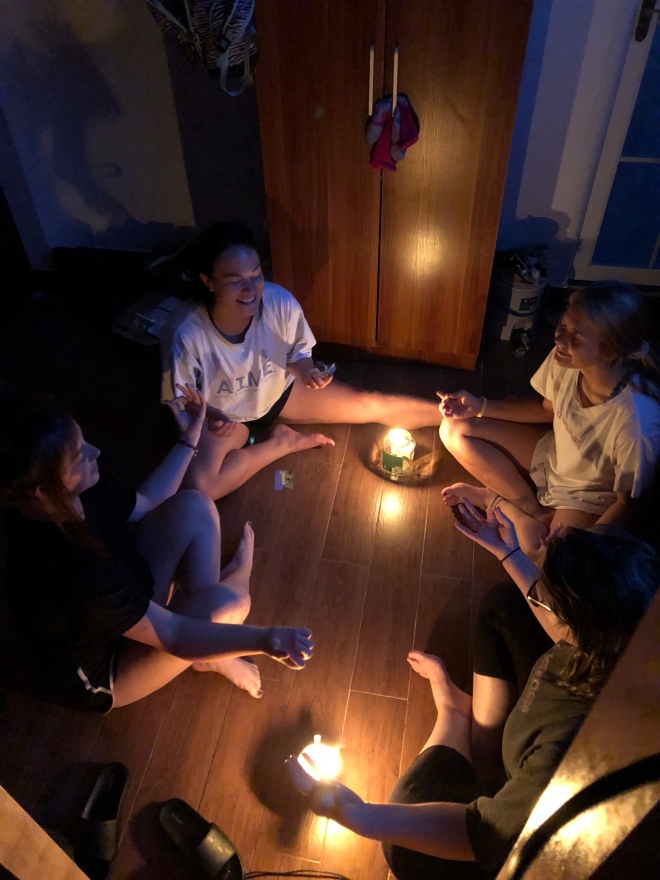 Then Alice went to the neighbor’s house to make enough noodles to feed the whole house. Yknow, while the first floor and area outside the house was flooded knee-deep. Priorities: in China, it’s noodles.

Anyway, typhoons work hard but the Chinese work harder. We are alive, safe, and the AC just came back on so #blessed.

Note: Typhoon Mangkhut was the biggest storm to hit China in the past few decades. It was a category 5 storm and it hit Hong Kong pretty close and then proceeded to Zhongshan (Guangdong province) where it downgraded to a lesser storm after hitting the coast and coming more inland. Here is a photo of it in relation to hurricane Florence.