It’s January 26th and I’m finally going to post about how I’m taking the year by the horns… or something like that.

Last year, I had a lot of really awesome things happen for me. I graduated college (hallerlujer), I went to China, I peed on the GREAT WALL OF CHINA (shh I don’t think I was supposed to do that), I got INKED (lol surprise), but it was honestly one of the worst years of my entire life. Like, just wanting to die in the coolest possible places. And uh… I don’t like that.

But I do want there to be at least one cat…

And so, trying to encompass all of those goals, I resolved to do my Something New Every Week Challenge. This year, I want to push myself to do things I haven’t done before. Go places I haven’t been. I’ve lived in Colorado my whole life and the list of Colorado things I haven’t done is embarrassing. The cool thing is that this challenge can be as simple or complex as I want it to be! I can try a DIY pinterest craft that is bound to go horribly wrong, I can go to a new restaurant, I can create a plot for world domination. There’s no limit to the potential I have.

You don’t understand, for years I have been telling myself that once I’m stable and not in school anymore, I can get a kitten so that I can give it a good home. I just can’t wait, you know?

Anyway. This challenge has been going swimmingly.

So I didn’t actually complete it for week one, and since it wasn’t a full, complete week, I’ve decided to modify the rules and say I only have to do something new for every full week of 2019. Fifty is a nicer number than 52 anyway. Hey, I can cheat at my own game if I want to. All I did week one was drive DoorDash. In the snow. Gives a whole new meaning to “dashing through the snow.” And it wasn’t fun, it still isn’t fun, and it’s a miracle I haven’t crashed my car yet because those icy roads are out to get me and my crappy tires.

I gambled!! For the first time in my life!! While road-tripping to CA, we stopped in Vegas and I realized I’d never gambled before. So I took my $4 cash and played the penny slots. And guess what?! I walked away with $5. So if you need any gambling tips from a big winner, hit. me. UP. 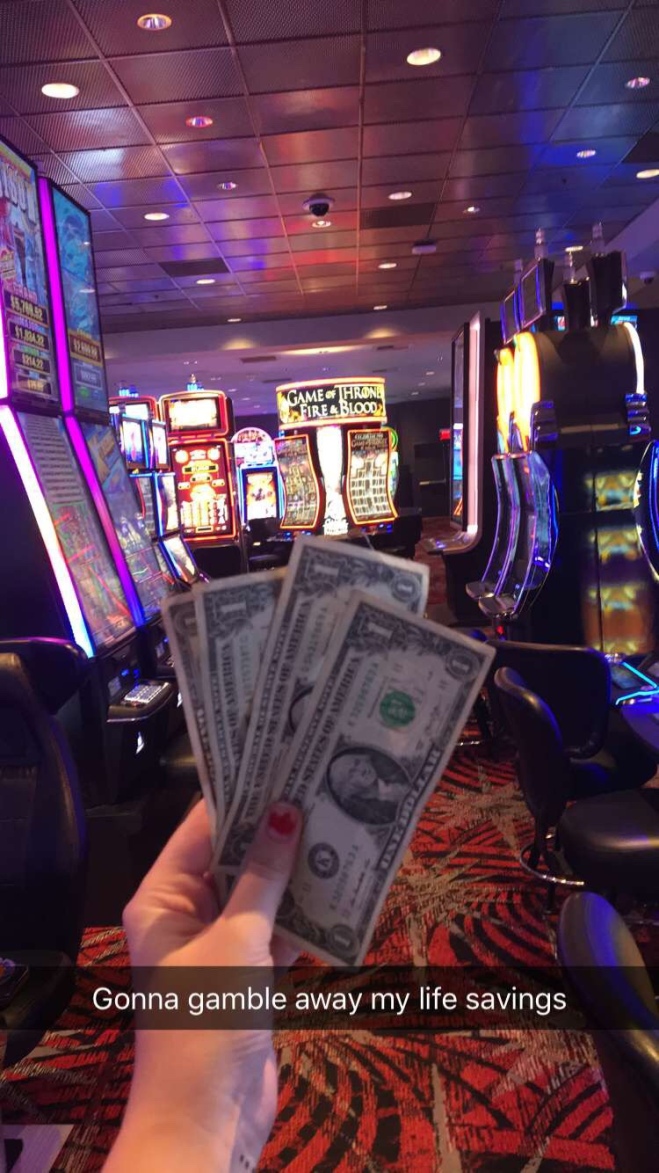 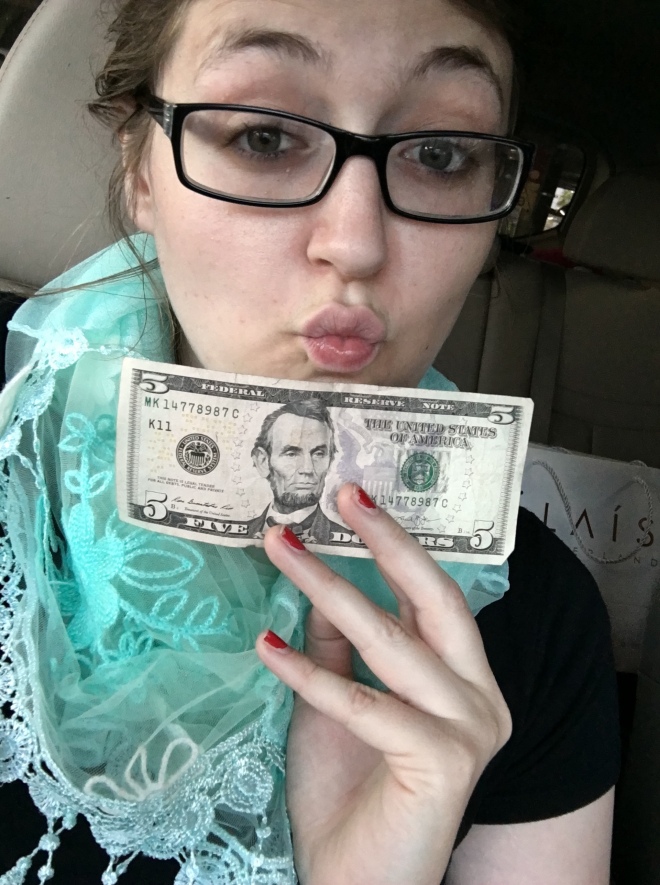 And in case you were wondering, my mom is not the person to go to Vegas with. She talks to everyone on the street who’s tryna sell stuff. She bought some face cream. She almost let this random old man take us to dinner. It was very stressful.

There was also a guy wearing an American flag (and only an american flag) with a sign that said “Make America Naked Again.” 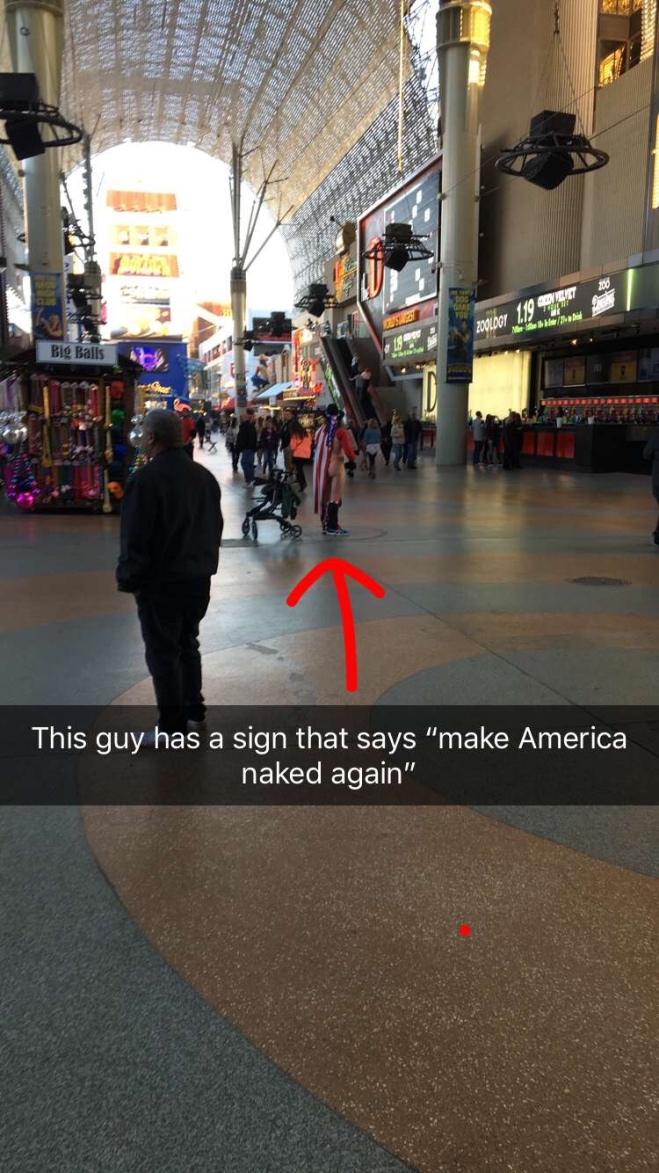 I’m sorry, should all of this have stayed in Vegas? I’m new to the whole rule book.

Ok, I didn’t realize this, but my town built a new library a couple years ago and I had never been! So I went for the first time! and I fell in love with books again so I rented a few and then realized that I have a whole box or two of books that I own that I’ve never read. Shameless. So that’s another goal of 2019, read all of the books I have.

Week 4: That’s this week! And I’m really excited to tell you about what I’m going to do, but I haven’t done it yet.

At first, I thought it was going to be admitting to a room full of people that I have bipolar II disorder. I was diagnosed three years ago but I don’t tell people because they react terribly. However, living with that as a secret is a little bit burdensome, so I don’t want to anymore! So when I gave my talk in church this week, I touched on it. But then I remembered I also did that for my final in my creative writing class when I had to read aloud my personal essay at the end of my semester. anyway. surprise! I’m psycho.

More on that later, though. This psychopath needs to check ya later.