from one white person to another

When it comes to weeks like this past one, life is pretty easy for us.

It’s easy to stay quiet when we aren’t the ones hurting.

It’s easy to justify our ignorance to make ourselves feel comfortable in complacency.

It’s easy to ignore the pain that we don’t experience.

It’s easy to put our own comfort above the needs of a people in pain.

And for too long, that’s what I’ve done. But I can’t, in good conscience, stay silent anymore. I believe that #BlackLivesMatter and I’m uncomfortable sitting on the sidelines pretending that there’s not a legitimate fight being fought by a community in need.

When I started this blog, I decided that I would stay away from talking about religion, or politics, or any polarizing topic. I wanted to be a reliable “safe place” where people could escape from the noise of heavy topics. But I know now that that line of thinking is privilege.

See, if I don’t want to hear about the struggles of minorities, then I can change the channel. I can stop scrolling. I can unfollow whatever content I don’t want to see from whatever people I don’t want to interact with. I can live in my bubble peacefully and be completely ignorant and happy in a country that was, systematically, built for me and people like me. Not everyone can.

#BlackLivesMatter isn’t just a cause for the black community. It’s their desperate plea to be treated with basic human dignity by both their peers and people in power. And when we respond with “All Lives Matter,” we disregard their individual pain and struggles. When we say “we’re all a part of one race: the human race,” we invalidate their experiences. When we claim that we “don’t see color,” we are devaluing a part of their identity. In a perfect world, the color of our skin wouldn’t make a difference in how we are treated. But we don’t live in a perfect world, we don’t all benefit the same regardless of color, and we need to start listening to those who are not in a position of privilege.

It’s quite simple for me. Supporting hurting communities is a basic covenant I made as a disciple of Christ: to mourn with those that mourn and comfort those that stand in need of comfort. It isn’t hard to see who’s in need of comfort right now, and you don’t need to be able to quote the New Testament to know that Christ sat with and stood for the marginalized. 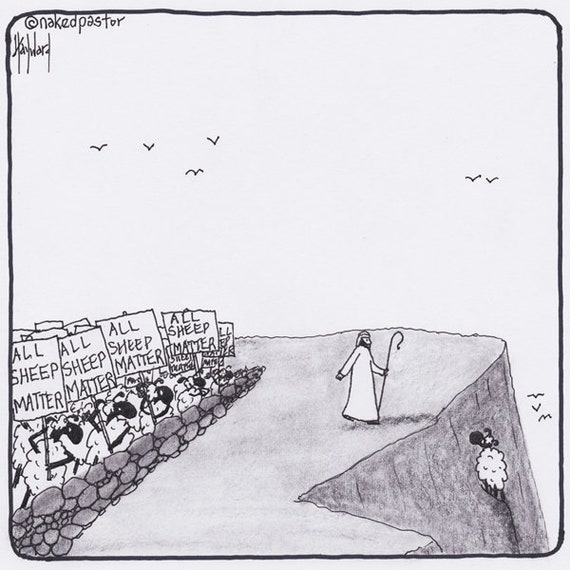 The thing is, whites/straights/males/other people of privilege love saying that things like this are political. You know why? Because they/we have the luxury of not being personally affected by these issues.

You’re cis/straight? You’re not on the receiving end of homophobia or hate crimes. Not being able to marry who you want or express your gender in your preferred manner is not a personal struggle, therefore it’s political.

You’re male? You’re not on the receiving end of sexism and misogyny. The struggles of womanhood are not personal for you, therefore, they’re political.

Being able to see an issue as a “political issue” is a privilege. And nobody likes to acknowledge that, especially because privilege is such a buzzword now and privileged people have stopped taking it seriously. But believe it or not, whites have an advantage in America.

So please start listening and trying to understand. Stop using the same 4 MLK quotes and actually study what he and other black activists had to say.

Have some empathy. Show some compassion.

Fight for an America that is great for everyone.

I don’t suspect that I’ll post super frequently about “political” things, but I’m not going to stay silent anymore just because it’s safe and convenient for me. I believe that #BlackLivesMatter. I support the LGBTQ+ community. I’m a raging feminist and I’m kind of a flaming liberal, so if that’s something I lose friends/followers over, ok. I don’t know how to convince you that you should care about people.

**Note: I used to have *very* different political beliefs. I invalidated and ignored a lot of the viewpoints that I now hold. Over this past year especially, I have moved further and further from what I used to believe (to be honest, it had a lot to do with the fact that I started paying attention and doing my research, go figure). If you know me from a time that I questioned your movements and invalidated your causes, I’m sorry. But I’m showing up to do better and fight alongside you now.**